Partnering in the Unincorporated International Arena 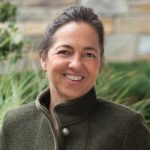 But what are they?  We can start by saying what they’re not.  Let’s contrast the private sector, where the baseline is corporate.  The starting point is the legal entity, the structure is incorporated, and the context is statutory.  You can partner up, but you either partner within the legal entity construct or among legal entities, each within their own constructs.  A lot is predefined and prescribed, like statutory duties of board members, tax and disclosure regulations, liability jurisprudence, and more.

There is, however, another world out there.  Like all those who get to know their own country better by traveling abroad, a diversion into the international arena can be instructive.  It’s like moving from terra firma to the high seas, or breaking through the thermosphere into space, to exaggerate just a bit.  Much of the international arena operates on unincorporated grounds.  The laws applicable to an international (i.e., multilateral, intergovernmental) entity are the entity’s own “laws,” often referred to as the “rules of the organization” – meaning its articles of agreement, policies, procedures, etc. – as defined by its members (i.e., member states).  As you can imagine, that leaves plenty of room for creativity and malleability, both within each entity and in how those entities partner with others.

With great variety, many of these partnership programs seek to promote global public goods, like responses to climate change and refugee flows, or get rid of global public bads, like ebola and other diseases.  Many are set up to pursue the Sustainable Development Goals (SDGs) adopted by the international community as targets for 2030 (following the precursor Millenium Development Goals (MDGs) through 2015), which cover poverty, health, education, equality, food, water, energy, peace, partnerships and much more.  Examples abound, but I will mention a few international partnership programs I currently support:  the Famine Action Mechanism to strengthen the humanitarian-development nexus for zero tolerance of famine, the Global Financing Facility to improve health and nutrition for women, children and adolescents, the Global Concessional Financing Facility to support refugees and their host communities in middle income countries, and the newly emerging Energy Storage Partnership to direct innovation to developing country energy needs.  International partnership programs populate the development landscape at global, regional and country levels.

In establishing international partnership programs, the choice of partner tends to be functional.  Most partners have specific roles.  Supporting entities often lead the creation of these platforms, while offering administrative (secretariat) and fiduciary (trustee) support, often including implementation support.  Donors contribute funds, while beneficiaries – usually developing country governments receiving official development assistance (ODA) – contribute their voice and implementation.  Other stakeholders like non-governmental organizations (NGOs) and civil society organizations (CSOs) round out the mix to weigh in for greater buy-in.  Overall, everyone shares their perspectives and priorities, experience and expertise in what is ideally a consensus-based setting.

Here is a sample scenario:  A sponsoring team at a supporting entity says “we want to rally the international community to create an international partnership – with donors paying into a trust fund, an inclusive governing body supported by a secretariat, and coordinated, supervised funding streams that finance the partnership’s activities,” and they get to structuring, designing and drafting in collaboration with their like-minded partners.  A  useful option in this structuring exercise is to lean on this existing international organization as the supporting entity to establish and manage the trust fund, house the secretariat, appraise and supervise the funded activities, and generally hold the thing together as a partnership – brand name, website, and all – while drawing partners into the collective.

To be sure, this is not a structuring free-for-all.  The “rules of the organization” of the supporting entity do a lot to define the operations of the partnership.  The donors and recipients – typically sovereigns and their ministries or agencies – each bring their domestic rules and requirements.  But even as these factors become baselines for the partnership umbrella, the latitude for structuring and the leeway in design choices can still be significant.

Needless to say, these features can pose challenges when adding the private sector to international partnerships (not to be confused with project finance-type PPPs).  And yet, achievement of the SDGs and other international development objectives, like supporting host communities for refugee flows, are increasingly contingent on catalyzing, coordinating and collaborating with the private sector.  The World Bank Group, for example, now refers to the “cascade” – crowding and leveraging in the private sector before following with international funds, thereby layering and reinforcing the support from private to public, as available and needed.

How to handle conflicts of interest in these public-private partnerships can be a big issue.  On the one hand, how can we add private sector contributions to international trust funds without skewing the competitive playing field and playing into conflicts of interest?  On the other hand, how can we bring international players into corporate settings without compromising their duties of institutional loyalty or undermining their own mandates?  The answer is surely not to be strict constructionists and preclude partnering altogether.  Instead, there is room to widen the lens:  to see synergies in addition to conflicts of interest (I call these synergistic conflicts); to recognize and shape trade-offs; to open up the discussion, opt for transparency and awareness, and disclose and manage where possible.